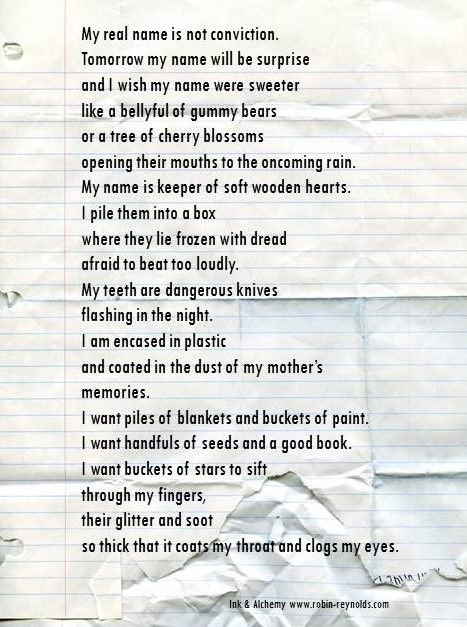 I recently made the acquaintance of Tom Janikowski and it has been a distinct pleasure. What I love about him the most was best expressed by a recent visitor to his website:
“He is deranged.” – Penny Watson

His newly released collection of poetry, Worse Than It Looks, is exactly the kind of gritty midwestern darkness in which I revel. This collection was drawn from his experiences working with people who have made bad choices – addicts, convicts, users, and the like. Written over the span of two years on the streets of the Quad Cities of Illinois and Iowa, the poems include many that appeared at his collaborative poetry site, “the lost beat,” where he writes with his cousin, the poet Denise Janikowski-Krewal. Worse Than It Looks available in both paperback and epub formats. I opted for a paperback and my copy is winging its way to me as we speak. I just hope the UPS truck isn’t highjacked by a drug-crazed maniac during its journey, because I WANT THAT BOOK. 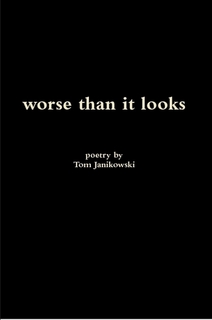 Because Tom is freaking terrific, he agreed to a guest post on my blog. I cannot thank him enough. And now, I shall let Tom speak: 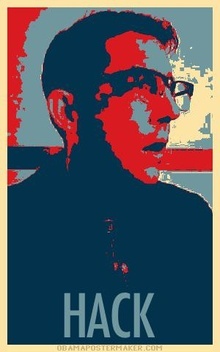 The American Shakespeare – Mr. William Faulkner – once said “don’t be a writer, be writing.” Truthfully, I do not know if he said it once, twice, or a hundred times, but I have tried to follow his advice. I have been writing since about the age of eight or nine, but I have always seen myself as one who is just about the business of writing – it is only what I do and not who I am. I hear from a lot of folks who say things like “I am a writer – that’s just who I am,” and I used to think that perhaps I was less of a writer because I defined myself differently, but I have grown out of that. It only took me forty years to do so.

I write, I write, and then I write some more. Sometimes I take breaks and don’t write for a bit, but then I start writing again. I have a very simple process, I suppose you might say. I like to drink lots of coffee and put words together so as to give shape to the world that I take in throughout the day and though all the days past. Like most writers, I read a lot, and sometimes I find myself crafting something that comes out a bit more like something that I have read than I would have expected. There you have it.

My absolute rule is that I never write less than 1,000 words at a sitting, and I try to sit down as often as I can. My exception to this is when I get something of an itchy feeling in my brain and I know in my gut that I cannot work on fiction at a given moment. At those times I allow myself to sit down and write poetry. That usually seems to work like a dose of extra-strength caustic drain cleaner. All the crap gets flushed out, the pipes get cleaned, and the waters start to flow again. Most of the time this works.

I love to write flash fiction and “prosetry” on a regular basis, as it keeps me from getting overly flowery with my language. I love economy of expression, especially when it can be hard, gritty and abrasive without being explicit, vulgar, or cheap. I had a professor during my undergraduate work in philosophy who was absolute death on non-essentials, and he left a mark on me. Give it to me straight. Tell me what is going on. If I rely upon symbolism, I try to make it powerful, or at the very least succinct. Sometimes it works.

When I get on a roll and start writing like mad, I try to make hay while the sun shines, as the old saying goes. I wrote a 70,000 word novella last year in just a few days this way. I was taking prednisone for a bronchial infection at the time, and it gave me loads of energy, kept me awake at nights, and got me up early in the mornings. The result was a rather cohesive (albeit strange) story. My agent is still trying to find a home for that little devil.

During these writing benders I like to eat apples in the mornings and stale pretzels in the evenings. When I am done, I cap the session with a very dry martini and try to sleep. I will take walks with my dogs to clear my head and I listen to Hoagy Carmichael and Smashing Pumpkins to get me ready for the next session.

How is that for creative method?

I find myself silently muttering about interesting things that I see taking place, and this is usually where the writing really begins. I might see a really dirty car pull up, the door open, and an angry man get out, shouting at his companion something about a sandwich. I might start saying “gimme’ my damn sammich…damn sammich…gimme gimme damn sammich…” over and over to myself as I listen to similar words coming out of his mouth. I then start to make up a story about why it was that someone else had his sandwich. What kind of sandwich? Was it partially eaten? Was it rancid? Was it stolen? What kind of bread was it on? You know the sort of internal dialogue – I assume that this is the same sort of thing that all writers do.

The most underestimated tool in my writing toolbox is my attention to synchronicity. I try to watch for examples of the universal unconscious mind or whatever you might want to call it, and I am making an effort to do even more of this, as I am convinced that I currently miss a lot of answers. Invariably I will be writing about something – cream cheese, for instance – and, without fail, all sorts of references to cream cheese start popping up in the world around me. Often these are in the most unlikely situations, and they tend to answer a lot of questions that I am facing in writing a given story.

What does it mean to write? It means, I firmly believe, to give some shape to what we experience – whether or not it is in the physical world. When Kurt Vonnegut said that in writing we are continually jumping off of cliffs and growing wings on the way down, I don’t think he could have been closer to the truth. Jump, and you jump into the world of what is. Grow your wings, and you might just make some sense out of it all. 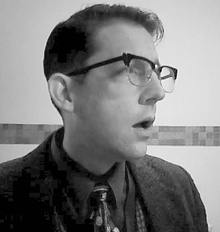 Tom Janikowski was born in 1968 in Cudahy, Wisconsin, the grandson of Pomeranian and Carpathian immigrants who left Poland in the late nineteenth and early twentieth centuries. Janikowski studied English and philosophy at the University of Wisconsin – Milwaukee and eventually at the University of Wisconsin – Stevens Point, where he studied fiction under author Larry Watson (Let Him Go, Montana 1948, Orchard) and poetry under William L.M.H. Clark. Graduating in 1994 with a philosophy degree, Janikowski’s professional writing for a long time consisted of strictly non-fiction endeavors, including book reviews for GP Light, the English supplement to Gwiazda Polarna – the nation’s largest Polish-language newspaper.
After lengthy forays into songwriting, bartending, and the self-publishing of poetry chapbooks, Janikowski continued his studies and earned a Master’s Degree in 2002. Despite this setback, he is still able to write in complete sentences and in the past several years has focused almost exclusively on writing fiction. His flashes and short stories have appeared online and in print on both sides of the Atlantic. Now represented by Monika Luukkonen of Oulu, Finland, he has begun working in longer forms and his forthcoming Crawford County Sketchbook (due out late in 2014 from Red Hen Press of Pasadena, CA) is a collection of tales set in a rural county somewhere in the deep South.
Janikowski has been greatly influenced by “Lost Generation” authors such as William Faulkner, F. Scott Fitzgerald and Ernest Hemingway, but he also admits long-standing love affairs with the writing of Kurt Vonnegut and John Updike. Formerly a resident of Upstate New York and a frequenter of several speakeasies inthe Catskills, he currently works, posts at http://www.martinipen.com, and mixes cocktails in Davenport, Iowa, where he lives with Shelly, his best friend and beloved wife of 15 years.

As always, you can find a list of featured writers and artists on my website, Ink & Alchemy. If you enjoyed this post, pop over and give Tom a little cyber snuzzle. You can find him all over the web:
Author site
Fiction blog
Collaborative poetry blog
Facebook page
Twitter

You may recall that I  was recently inspired by the artwork of Niki Hare. These three pieces are the result. The words are based on a poem I wrote called Egg Salad. You can read it below.

It’s not normal
to cry over an egg salad sandwich.
You don’t need to tell me this.
I remember watching his tattoo
as he cracked five eggs,
each shell shattering itself
again and again
on the tips of  his fingers.
He wasn’t wearing a shirt.
I had red lipstick and cleavage,
both a little too much in the bright
light of the kitchen.
We were still drunk
with the power of youth,
and didn’t even suspect
the devastation to come.
There was no way to see
the son,
the daughter,
waiting quietly beneath his skin.
There was only my awareness
of his stark beauty and the fact
that I’d never before eaten
egg salad,
which astonished him
beyond measure.
This astonishment explains why
we two left the party,
boiled water in a stranger’s kitchen,
then spent the next seven years
loving each other almost to pieces.
In case you’re wondering –
no, it wouldn’t work out.
But every time I have egg salad
I see him there,and cry over those five dead chickens.

My real name.
Full circle.
How I became a mermaid.
The art of lying dormant.
I’ve been a little loose lately.
Am I smart? Am I pretty?
Simplicity, you are an elusive beast.
Punchkiss.
What do I want?

Find me elsewhere on the web